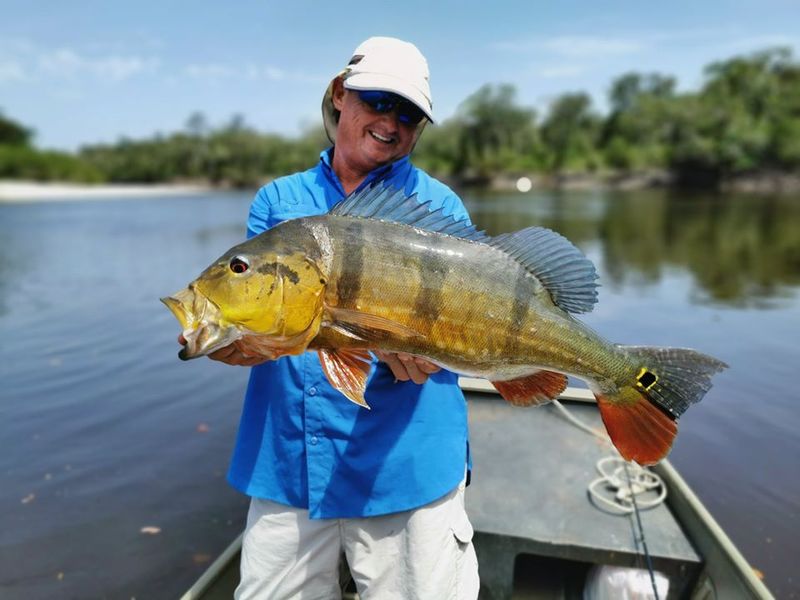 The stories you hear about Peacock Bass are legendary. These amazing fish hit top water lures with such ferocity, it seems impossible to understand. No other sport fish, freshwater or saltwater, attacks a lure as hard or seemingly with such pent-up anger as this species. If your lure is in his ‘zone’ then he will want to kill it or eat it!
Imagine the shape of an American Largemouth Bass on steroids with a jet engine strapped to its back, then you have your Peacock Bass. It will fight, jump, run, take you into submerged trees in a heartbeat, will make you feel so happy at hooking it and then break your heart in seconds!

The sound of a top water strike is like no other and can be so violent, that a big fish can literally snap 50lb braid like cotton. You will not believe how one fish can make so much noise and commotion, like a bomb going off. Often, a Peacock will hone in onto the bait and chase it all the way back. Sometimes it will slap the lure way up in the air with its head or tail, only to constantly explode on it as lands back in the water until it finally hooks up. This is a sight to behold!!

And subsurface strikes are no less impressive. One minute you’re stripping your minnow bait or jig through a likely-looking area and the next your rod is nearly ripped out of your hand by the savage strike. Peacocks are just so aggressive and strong that they will fight like fish twice their size, all the way to the net. If you think the fight is over and the fish is done for as it reaches the boat, then you’d be wrong. It will look at you with its bright red, angry eyes and rip off yet another lightning burst of speed. This is where hooks can easily be straightened and line broken.

Peacock Bass are not actually Bass at all, but are members of the Cichla species and we fish for many of these beautifully-colored fish in Brazil, Guyana and Colombia. The largest of them all, the Speckled or Three-Barred Peacock Bass (Cichla temensis), is found naturally in Brazil, Colombia and Venezuela in the Negro, Branco, Orinoco and Madeira watersheds. This species can reach over 30lbs and the current world record stands at 29.4lbs caught in the upper Rio Negro in Brazil.

When not in its spawning mode, the Three-Barred Peacock Bass is called a Paca (due to its similarity to a small Amazon Rodent called a Paca) and its body is longer and slimmer, with white dots and dashes along its purple/blue or brown flanks. At this stage it is built for speed and feeding and puts up an incredible fight for fish of its size.

As it grows larger and gets ready to spawn, its body piles on fat deposits and muscle and it morphs slowly with three main vertical black bars showing through. At this stage it is known as a Paca-Açu. A full-blown spawning Cichla temensis will lose all the dots and dashes and will sport three strong black bars down its orange/brown flank, changing into its spawning splendour. At this stage it is known as an Açu. In native Brazilian Indian, this simply means BIG!

When you see a full-blown Açu over 25lbs out of the water, it is truly a sight to behold. The male can often look even larger and meaner with a spawning ‘hump’ or knot on its head. This hump is believed to give off a pheromone which keeps the young fry close to the parents. All C. temensis have irregular black cheek markings ringed with bright yellow.

The Three-Barred Peacock is more often found in slow rivers and eddies, at the entrances of and in black water lagoons and on points and sand bars in the main river. It is structure-related and will be tight to cover ready to ambush any unwary baitfish. They often let their presence be seen while crashing and exploding after baitfish.

Other larger species like the C. vazzoleri, thyrorus, cataractae and ocellaris can be found in various higher-elevation rivers and streams of the upper Guyana Shield Highland in Brazil and Guyana and in some of the lower tributaries. These predatory fish live in the islands of boulders mid-stream, at the inlets of streams and sometimes amongst trees and structure. They are all very similar although they can reach 18lbs, 15lbs, 13lbs and 10lbs respectively. These faster-water Peacocks, pound for pound, must be the hardest- fighting of them all and share their waters with other huge piscatorial predators such as the Giant Black Piranha, Payara, Traiarao, Bicuda, Surubim and many other big Cats.

In most of these highland waters, Peacocks tend to concentrate in smaller, rocky areas and will NOT stray too far from their haunts due to the fact that they share the river with the biggest Piranhas on Earth. Piranhas have been caught here to over 10lbs! 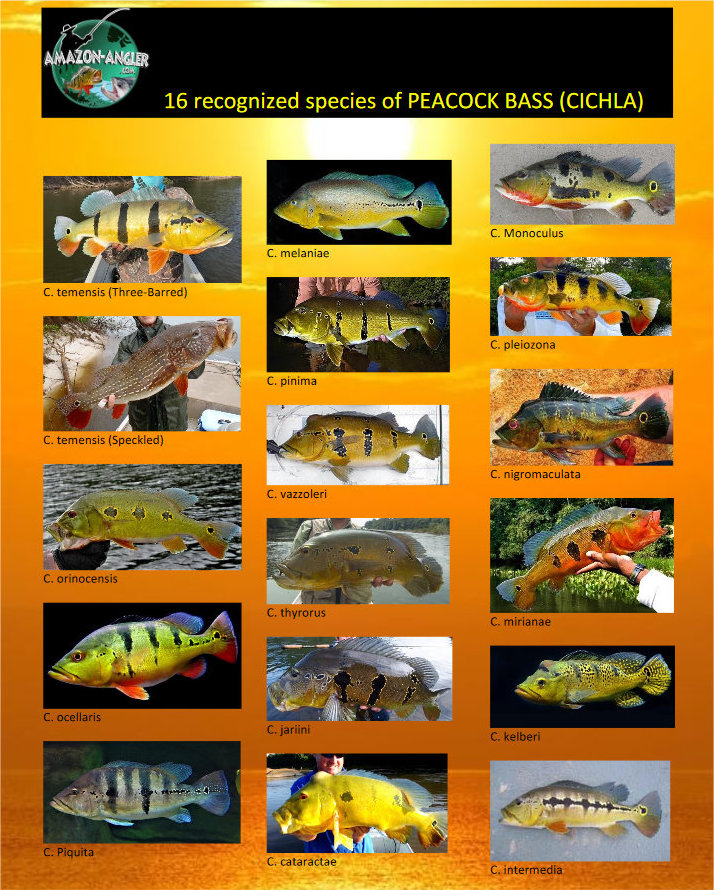 Check out our amazing expeditions 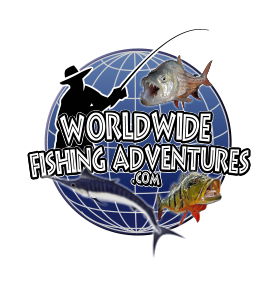